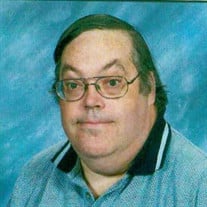 Memorial Services For Tommy Jones, Age 66, Of Monterey, Tennessee, Were Conducted On Saturday, October 30, 2021, At 2:00 PM At The Monterey United Methodist Church, 124 North Holly Street, Monterey, Tennessee. Rev. Christine Penner Officiated. Mr. Jones Passed Away On Wednesday, September 1, 2021, At His Home. Mr. Jones Was Born On October 12, 1954, In Monterey, Tennessee, To The Late James Thomas And Mary Sue Williams Jones. Mr. Jones Was A Janitor Cleaning With The Monterey School System. He Was A Monterey High School Graduate Class Of 1973. He Was A Member Of Monterey United Methodist Church Where He Attended Faithfully. Tommy Was Known As A Kind, Polite, And Beloved Friend To All Who Had The Privilege Of Knowing Him. In Addition To His Parents, He Was Preceded In Death By His Sister, Barbara Sue Jones. The Family Received Friends At The Monterey United Methodist Church For Memorial Services. Arrangements And Care Provided By D.M. Goff Funeral Home, Inc., 205 East Cleveland Avenue, Monterey, Tennessee 38574, Phone 931.839.2311.

The family of Tommy Jones created this Life Tributes page to make it easy to share your memories.

Send flowers to the Jones family.