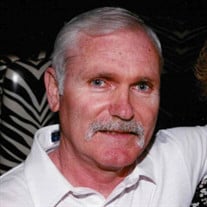 Richard W. Lemon Sr., age 82, passed away peacefully on September 5, 2021, in Monterey Tennessee. Born on Wednesday, September 21, 1938, in Wilmington, Delaware, Richard was the son of the late Francis Q. Lemon Sr. and Margaret O’Brien. Richard served in the United States Marine Corp from 1957 to 1963 and lived by the Marine’s motto “Semper Fidelis” meaning “Always Faithful” – to his fellow marines, to his country, and to his family. Richard worked as a constable for Christiana Care Health System (formerly the Medical Center of Delaware) and retired in 2000 with 26 years of service. He was a proud member of St. Anthony’s Sons of Italy and the American Legion Durney Post. Richard enjoyed football and was an enthusiastic Ravens fan. Always an early riser, Richard liked taking pre-dawn walks and maintained his agility and fighting-weight physique well into his later years. Richard was a devoted family man and never missed the opportunity to celebrate a loved one’s milestone or achievement. He could always be counted on for help, good advice and a sympathetic ear. He was quick to offer praise and encouragement and was generous in heart and spirit. He loved cats and enjoyed the affection of several furry companions over the years including his current buddy Banner. We will miss Richard’s smile, the twinkle in his eye, and the way he made us all feel by accepting each of us for who we were and loving us because we were part of his family. In addition to his parents, Richard was preceded in death by his brother, Frances Q. Lemon, Jr.; his sister, Margaret L. Kurtz; his son, Richard W. Lemon Jr.; and daughter-in-law, Lisa M. Lemon. Richard is survived by his loving wife of 43 years, Christine Lemon; step-son George A. Craig Jr. (Debbie) of Smyrna, DE, Martin J. Lemon (Holly) of Newark, DE, Joseph Lemon (Shavonne) of Newark, DE; grandchildren, George A. Craig, III, Joshua Porter (Danyelle), Brynee Lemon, Kyle Lemon, Michael Haines (Kelly), Autumn Lemon, Meadow Lemon; great-grandchildren, Elizabeth, Faith, Brooke, and Mia; and many nieces and nephews. The family would like to thank the staff of Standing Stone Care and Rehabilitation Center for their care and kindness, and a special appreciation to Jane Fronheiser for her friendship and advocacy on behalf of Richard and Chris. Arrangements and care provided by D.M. Goff Funeral Home, Inc., 205 E. Cleveland Avenue, Monterey, TN 38574. In lieu of flowers, the family suggest donations in his memory may be given to the Delaware Humane Association. A memorial service will be held at a future time.

The family of Richard W. Lemon Sr. created this Life Tributes page to make it easy to share your memories.

Send flowers to the Lemon family.