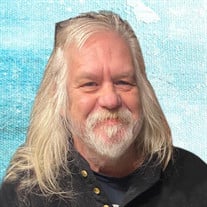 Phillip Leonard Key, 69, died February 13th in Knoxville, TN, Earth. A gathering to celebrate the life of Phillip Leonard Key, 69, was held at D.M. Goff Funeral Home at 205 East Cleveland Ave., Monterey, TN 38574 on Saturday, February 20, 2021; from 1:00 PM CST Until 3:00 PM CST. Phil was born in Dayton, OH, May 2, 1951 to Phillip Arnold and Lena Key. The fifth born of 8 children, Phil developed a love of reading from his sister Diana, whom he shared a very special bond. Phil met the love of his life, Carla, when he was 16 and she was 15 years old. They married on January 6, 1973. For nearly 53 years, Phil left Carla daily notes affirming his love for her. Together they raised two children, Olivia Elizabeth Key of Dayton, OH, and Andrew Orion Key (Karen Key) of Knoxville, TN. Phil and Carla brought their children up with a strong emphasis on spiritual development, and an appreciation for the outdoors. He attended mission trips in Central and South America with the church. Phil was also a fixture in the music scenes of both Dayton and Knoxville, cherishing his extended tribe of music lovers and art makers. His family was his most prized possession, constantly doting on his 5 grandchildren and 4 great grandchildren. He also made family out of anyone willing to accept his LOVE, known affectionately as PawPaw to many little children that adored him. Phil was preceded in death by his parents Phillip Arnold and Lena; siblings Reba Fay, Lowell Kenneth, and Diana Kay. He is survived by his wife, Carla; siblings: Larry, Ralph, Jeannette, and Wanda; Children: Olivia and Andy; 5 grandchildren: John, Devyn, Quentin, Jada, and Violet; and 4 great grandchildren: Kingston, Aurora, Brayden, and Ka’mari. To Phil you were a brother, treating everyone he encountered as family, especially the downtrodden and disenfranchised. He had a deeply personal relationship with God, never missing an opportunity to appreciate the miracle of a big moon, or a cloud that reminded him of a happy time. Music and art were magic. His PHILosophy was consistent and simple: LOVE UP. If you were lucky enough to have met him, he loved you, and he told you so. Phil accomplished his goal. He was the coolest of cats. He never let the cruelty of this world break his spirit. He continued to fill his heart with LOVE despite the darkness around him leaving everything he touched better than when he found it. He heard the foghorn whistle blow and approached it without fear. Bless Up! Interment will be at a later date at Muddy Pond Cemetery with immediate family. In lieu of flowers, please make a donation in Phillip Key's name to Compassion International (https://www.compassion.com), an organization Phil gave to for 30 years. Arrangements And Care Provided By D.M. Goff Funeral Home, Inc., 205 East Cleveland Avenue, Monterey, Tennessee 38574, Phone 931.839.2311.

The family of Phillip Key created this Life Tributes page to make it easy to share your memories.

Send flowers to the Key family.