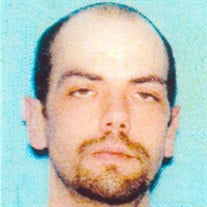 Funeral Services For Kendall Martin, Age 38, Of Jackson County, Tennessee, Were Conducted On Thursday, October 22, 2020, At 2:00 PM From The Chapel Of Goff Funeral Home. Dr. Jerry Huffman Officiated And Interment Followed In The Weeks Cemetery. Mr. Martin Was Born On February 24, 1982, In Cookeville, Tennessee, To Marvin Martin Of Jackson County, Tennessee, And The Late Margie Harville Martin. Mr. Martin Passed Away On Monday, October 19, 2020, At His Home. Mr. Martin Was A Mechanic. In Addition To His Father, He Was Survived By His Son, Devon Martin Of Kentucky; Sister, April Loftis Of Monterey, TN; And Several Aunts, Uncles, And Cousins. In Addition To His Mother, He Was Preceded In Death By His Sister, Stacey Price; And Brothers, Jason Lee Martin And Marvin Martin Jr. The Family Received Friends At Goff Funeral Home On Thursday, October 22, 2020, From 12:00 PM Until Time Of Services At 2:00 PM. Arrangements And Care Provided By D.M. Goff Funeral Home, Inc., 205 East Cleveland Avenue, Monterey, Tennessee 38574, Phone 931.839.2311.

The family of Kendall Martin created this Life Tributes page to make it easy to share your memories.

Send flowers to the Martin family.